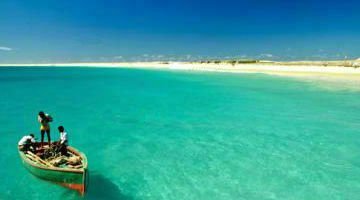 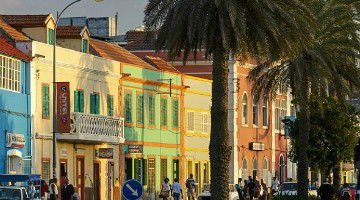 Cape Verde is a group of sub-tropical and volcanic islands in the Atlantic Ocean with a beautiful weather all year round. The former Portuguese colony is situated about 460 kilometers off the coast of Senegal (Africa). Fly only 2 … END_OF_DOCUMENT_TOKEN_TO_BE_REPLACED 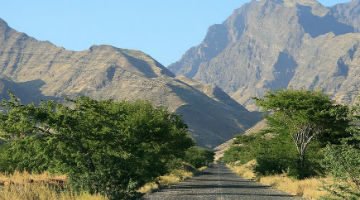 The Cape Verde islands are extreme divers and these differ significantly from one island to another. When booking a holiday you mainly would like to know which islands offers you the best activities. For example, on which island … END_OF_DOCUMENT_TOKEN_TO_BE_REPLACED 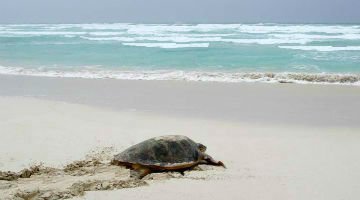 If you are going to visit Cape Verde you definitely want to know what the main highlights of the archipelago are. With the great beauty and immense diversity it can be a challenge to select the highlights you want to see. … END_OF_DOCUMENT_TOKEN_TO_BE_REPLACED 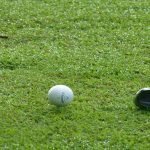 Golf players can also enjoy the Cape Verde Islands. Cape Verde has two golf courses. An 9-hole course on the island of Sal and an 18-hole golf course on Sao Vicente. With lovely sunshine and views of … END_OF_DOCUMENT_TOKEN_TO_BE_REPLACED 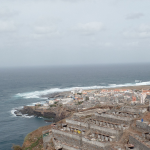 Santo Antao, Agostinho Neto Airport The island of Santo Antao has no longer an airport and until now can only be reached by ferry. From the island of Sao Vicente you are within an hour by boat … END_OF_DOCUMENT_TOKEN_TO_BE_REPLACED 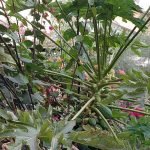 The islands of Fogo and Maio were designated as a biosphere reserve by UNESCO at the end of 2020. A biosphere reserve is an area that has a unique ecosystem in which biodiversity and local rights are … END_OF_DOCUMENT_TOKEN_TO_BE_REPLACED 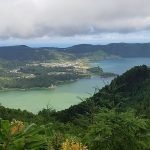 Macaronesia is a geographic area of ​​islands in the Eastern Atlantic Ocean at the west and northwest of Portugal and Spain. Macaronesia means "Blessed Islands, the word comes from the Greek. … END_OF_DOCUMENT_TOKEN_TO_BE_REPLACED

A paradise on earth. These are the Cape Verde islands. Every island has its unique atmosphere that will seduce every traveler. Cape Verde is rich in culture, tradition and history. A combination of Portuguese and African ambiance, top sights, UNESCO World Heritage Listings, beautiful beaches, great surfing spots, fantastic landscapes and lots of sun. This makes Cape Verde a perfect destination for a dream vacation. Welcome to Cape Verde!

These are the Cape Verde islands... 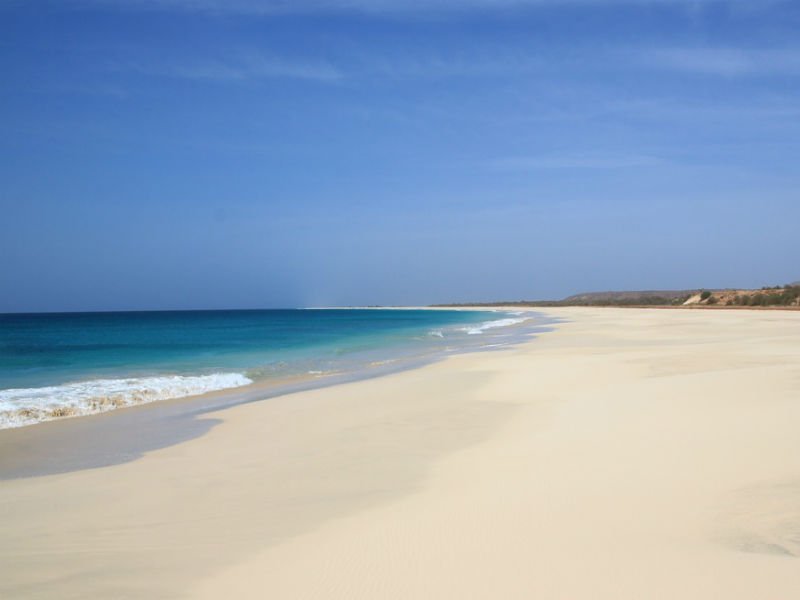 The tropical and volcanic islands of the Cape Verde archipelago lie in the Atlantic ocean. The former Portuguese colony consists of 12 islands, 9 of which are inhabited. The windward islands consist of Sal, Boavista, Sao Nicolau, Sao Vicente, Santo Antao, Santa Luzia, Branco and Raso. The three last mentioned Cape Verde islands are not inhabited. There are spectacular mountain views and tropical valleys on the windward islands of Santo Antao and Sao Nicolau. The island Sao Vicente on the other hand, is known for the world-famous carnival, festivals, music and culture. In the east of the northern islands are the more tourist-oriented islands of Sal and Boavista. These Cape Verde islands have amazing white sandy beaches and an azure blue sea.

In the south of Cape Verde, the islands of Santiago, Fogo, Brava and Maio form the leeward islands. Santiago is the largest island of Cape Verde and where you can also find the capital here. In the south are the islands of Fogo and Brava. The island of Fogo has an active volcano with a top of almost 3 kilometers. Brava is also called the green oasis and is the smallest inhabited island of Cape Verde. Maio is the last of the leeward islands. Here you will also find beautiful white beaches and tranquility. 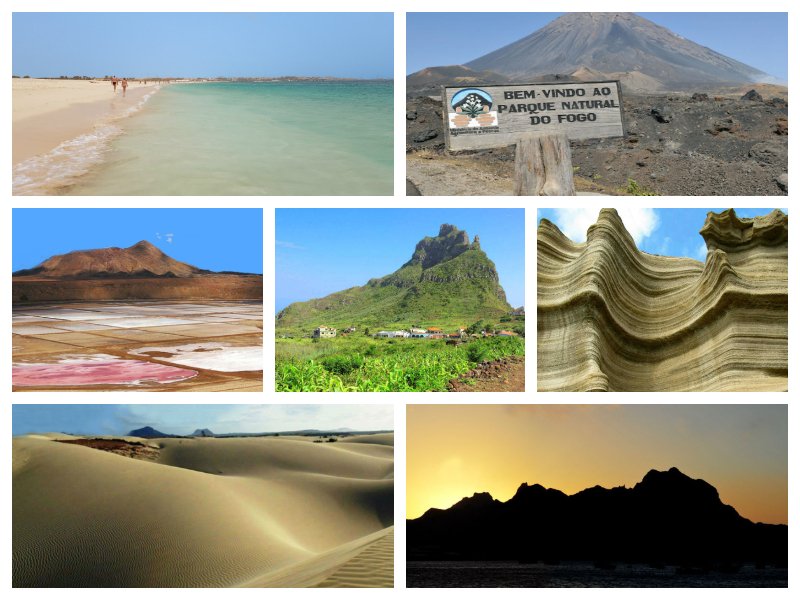 • Santa Maria beach on the island of Sal - the turquoise water, the long soft white sandy beach and the beach facilities make this a perfect beach;
• Pedra de Luma salt pans on Sal - brightly colored salt pans in an old volcano crater in part of which you can also swim (meaning: float);
• Viana desert on Boavista - a large stretch of desert with oases in the middle of the Atlantic Ocean;
• Pico de Fogo on the island of Fogo - an impressive volcano with a dramatic landscape around the crater;
• Monte Gordo National Park on the island of Sao Nicolau - a unique ecosystem with beautiful flora and fauna;
• Carbeirinho National Park on Sao Nicolau - coastal landscape with limestone caves and rocks located at the ocean side;
• The Monte Cara mountain on Sao Vicente - the icon of this island and of Cape Verde. From a distance this mountain resembles a human's head. 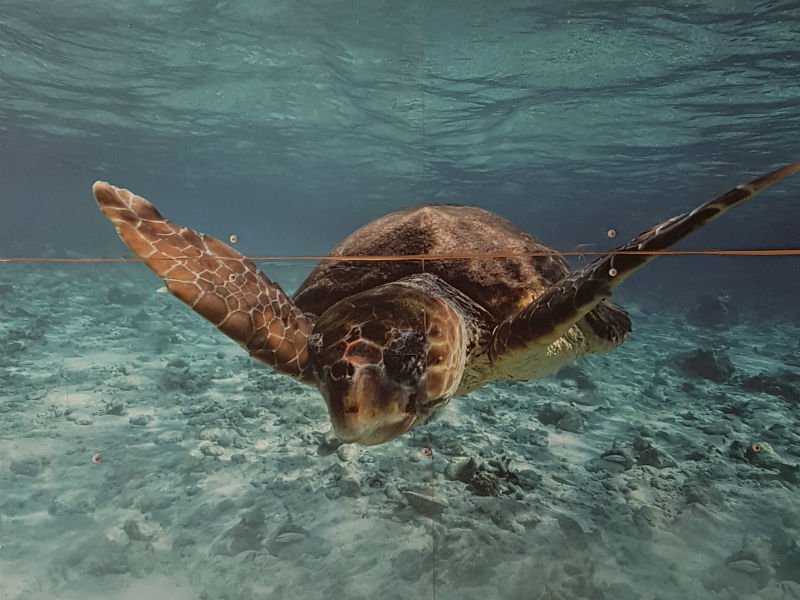 The waters around the Cape Verde islands are rich in various plants and animals. With the variety of shipwrecks, rock formations, coral reefs, caves and rock walls, the underwater world has a lot to offer a diver or snorkeler. But you don't necessarily have to go underwater to discover Cape Verde's marine life. For example, it is highly recommended to spot whales and dolphins in an ecological way. These are really impressive mammals. Cape Verde is also known worldwide for its large population of Caretta turtle. The beaches of Cape Verde are one of the most favorite places in the world to make their nests. Meeting a turtle is an unforgettable experience!

What else does Cape Verde has to offer? 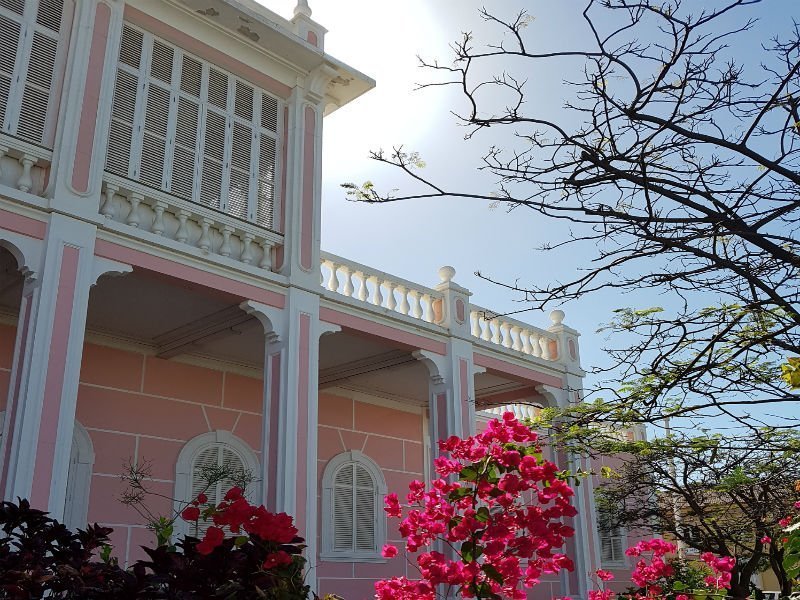 Of course the Cape Verde islands have much more to offer than just the beautiful beaches that you can find on Sal or Boavista, for example. In addition to the beautiful places, there are a lot of other things that you absolutely must to discover and experience during your vacation. The immense diversity of the islands makes this great variety possible. Lovers of flora are at their best on the islands of Santo Antao or Sao Vicente, where you have tropical vegetation. The sea around Cape Verde is a paradise for dolphins and sea turtles. In addition, the sea is rich in rare or special fish such as the coral and sailing fish. For water sports enthusiasts Cape Verde is a first class destination. In excellent conditions you can, for example, dive, fish, surf or sail. Vibrant nightlife is at its best in the town of Mindelo on the island of Sao Vicente. This is the cultural heart of the archipelago and a lot of music events and festivals take place there. They celebrate carnival here fully. You can go back to the history of Cape Verde on the island of Santiago. The history of the archipelago began in Santiago and here you can feel the African atmosphere with colorful markets and old colonial houses.

Cape Verde is a beautiful archipelago without mass tourism. It is still fairly unspoilt and authentic, especially on the smaller islands. Visit Cape Verde and experience how beautiful this sub tropical archipelago is.

Cape Verde is a subtropical destination with a very nice climate. The average daytime temperature is between 25 and 30 degrees Celsius. The ever-present cooling trade winds ensure that it is great to be on the Cape Verde islands. The sun shines almost all year round and due to the favorable location of the archipelago there is very little rain. The months of July and August are usually the hottest period in which there are short periods of showers. Therefore, the best time to travel to Cape Verde is from September to June. Water sports enthusiasts can also enjoy the Cape Verde islands with very good conditions and an average sea water temperature of no less than 25 degrees Celsius. 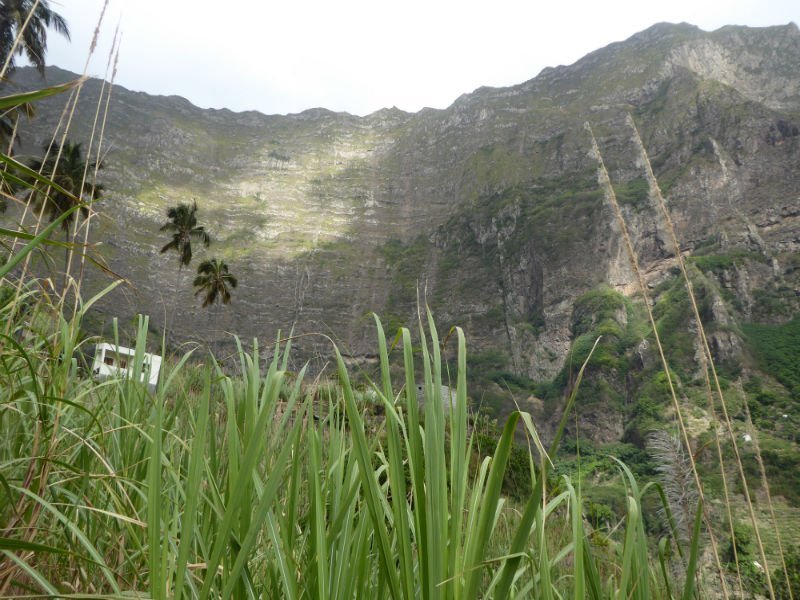 If you are traveling to Cape Verde for the first time, the following practical tips will certainly come in handy. So you can fully enjoy your holiday.
• If you passport from a European country and several African countries and some others, a tourist visa is not required. However, you do have to register online (at least 5 days before departure to Cape Verde). Also make sure your passport that is valid for at least 6 months when you arrive in Cape Verde.
• You can pay with the Euro in many places. Therefore, changing money is not necessary which saves you exchange costs. There are also enough ATMs where you can withdraw money in the local currency Escudo (CVE). In addition, you can simply pay with a credit card in the large hotels, shops and restaurants.
• The national official language in Cape Verde is Portuguese, but locally speaking mainly Cape Verdean Creole. Do not worry; people often speak English. And if that doesn't work out, you will almost always be able to work it out with your hands and feet. The locals are very friendly and helpful.
• Traveling with children or women alone is certainly no problem in Cape Verde. Cape Verdeans love children and family is important to them.
• An alugeres (shared minibus) is the characteristic and the most important way of transport in Cape Verde. The alugeres runs between two destinations and you only pay a few euros at most. You can get in and out at any time. A very good way of transportation.
• Island hopping on Cape Verde or just visiting another island is recommended! Since the Atlantic Ocean is quite rough and the ferry is not sailing the optimal route, taking a domestic flight is recommended. Flight distances are short and flight tickets are also relatively cheap. It is wise to reserve a domestic flight in advance. That way you know for sure that there is room, for here is a lot of demand. However, the ferry between the islands of Sao Vicente and Santo Antao is a good way of transport. 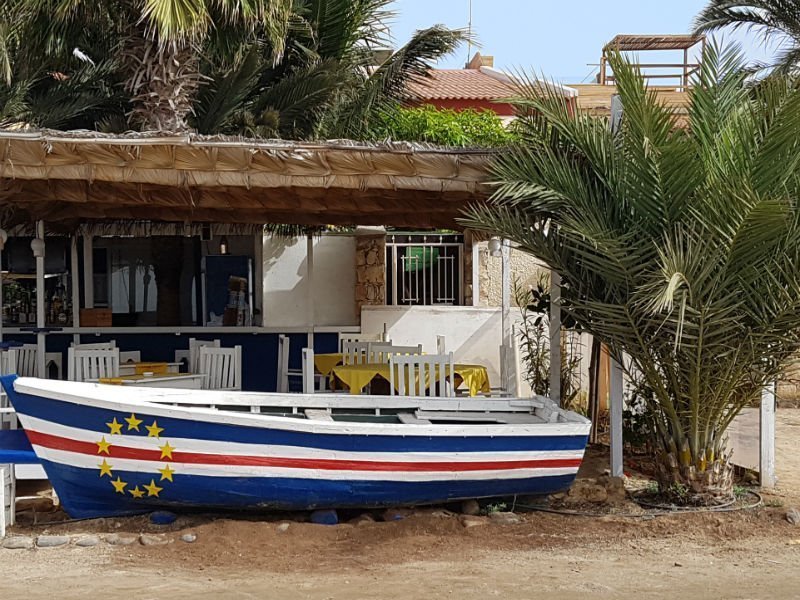 • Flying to Cape Verde is just a little longer than to the Canary Islands.
• It is only 2 hours earlier during our winter time in Cape Verde and 3 hours during our summer time. No jet lag.
• Cape Verde has been independent from Portugal since 1975 and you will therefore encounter many Portuguese influences.
• Cape Verde is also called Cabo Verde (islands of the Green Cape).
• The archipelago is at 460 kilometer from the African west coast.
• Of the 12 islands, 9 are inhabited.
• Most people live on the island of Santiago. And there are also many Cape Verdeans living in the Netherlands.
• "No stress" is the national motto
• The national dish cachupa (stew) and Grogue (sugar cane distilled rum) is the national drink.
• Cape Verde is politically and economically one of the most stable countries in Africa.
• There is less than 250 millimeters of rain a year and it is one of the driest areas in the world.
• Cape Verde is a world hotspot of the blue marlin. This sea fish is about 4.5 meters long and with its speed of 90 kilometers per hour it is the fastest sea animal in the world.
• You can find both white sandy beaches and black volcanic beaches.
• The islands of Sal and Boavista are one of the best surfing destinations in the world.

There are many choices to make when planning a trip to Cape Verde. Consider the selection of the islands(s), accommodation and trips. To make the choice easier, we have put all information on CapeVerdeIslands.org

Find the best hotels in Cape Verde for you holiday that has the right price and facilities for you: Cape Verde accommodations ►