About 15 million years ago, the island of Sal was created by volcanic magma. At the time it was a mountainous island, but due to the weather influences such as erosion, Sal is now almost completely flat. The area of ​​the Cape Verde islands is still developing. The island of Fogo is the youngest island of the Cape Verdean archipelago and is only 100,000 years old. The active volcano of Fogo is lastly erupted at the end of 2014. 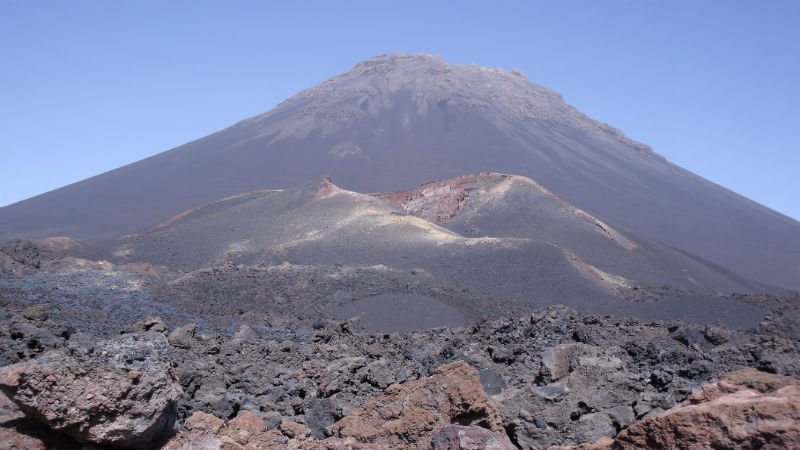 The first references to the Cape Verde Islands can be found in a written work by a Roman who died in the year 45 A.D. Until the mid-15th century, the Cape Verde Islands remained almost completely undiscovered. There was a myth that every ship sailing south of the Canary Islands did not return. In fact, this had to do with the wind and current that sent the ships one way. After improved ships and sailing techniques it was possible to sail the other way. Due to these technical improvements more and more countries were discovered. Including the Cape Verde islands.

It is unclear who exactly discovered which island. In general it is assumed that the Portuguese Diogo Gomes and the Italian Antaonio de Noli discovered the southern islands of Cape Verde between 1455 and 1461 (Santiago, Maio, Fogo, Brava). Diogo Alfonso discovered the northern islands. 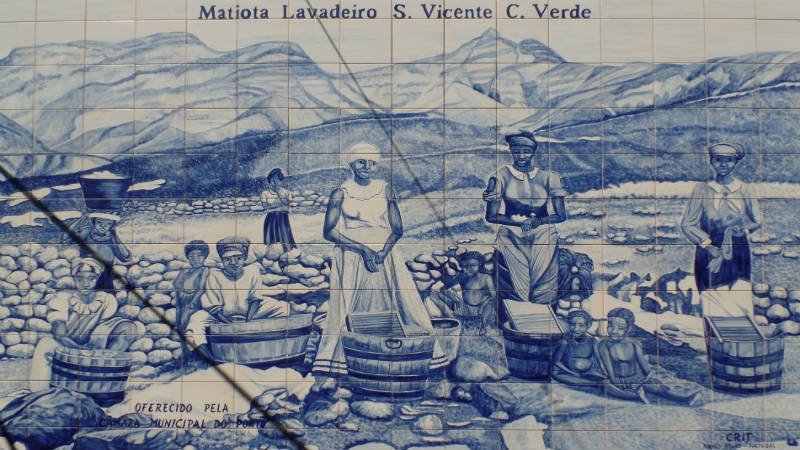 On the most promising island Santiago a small group of Portuguese, Spaniards and people from Genoa (Italy) settled in 1462. The first settlement Ribeira Grande (Cidade Velha) was founded here. At the order of Portugal, initially agricultural production was encouraged. Free labor was found in the form of slaves on the mainland of Africa. At the end of 1600 there were almost 14,000 slaves on Santiago and Fogo. Cape Verde was a very strategic point due to the increase and expansion of the maritime trade journeys. Because of the wind and currents, ships often came along the Cape Verde islands. It became an important stopover to store supplies and carry out work on the ships. In addition to trade in goods, Cape Verde also became the center of the slave trade. Most slaves were shipped to southern America. In the high-days an estimated 3,000 slaves were sold annually.

The first settlement Ribeira Grande (Cidade Velha) on Santiago had grown into a large trading city. The city got its name from the river that ran through the valley to the coast. The valley was planted with fruit trees and coconut trees. Ribeira Grande was the first city in the tropics built by Europeans and one of the richest cities of Portugal. In 1556 even a cathedral was built. The power of the Portuguese crown was always such that trading by Cape Verdeans with non-Portuguese was forbidden. Most money that was earned went directly back to Portugal.

Due to the growth of prosperity and the power of certain European countries, a conflict arose in the early years of the 18th century. Certain countries such as Spain and France wanted to expand their power. Territorial expansion and defending the territory were the order of the day. Portugal was eventually also drawn into the conflict and the slave trade with the Spaniards stopped. In 1712 the Cape Verde City of Ribeira Grande was cleared and plundered by the French. When peace returned in the conflict, the Cape Verdeans gained more rights from Portugal and free trade was possible. 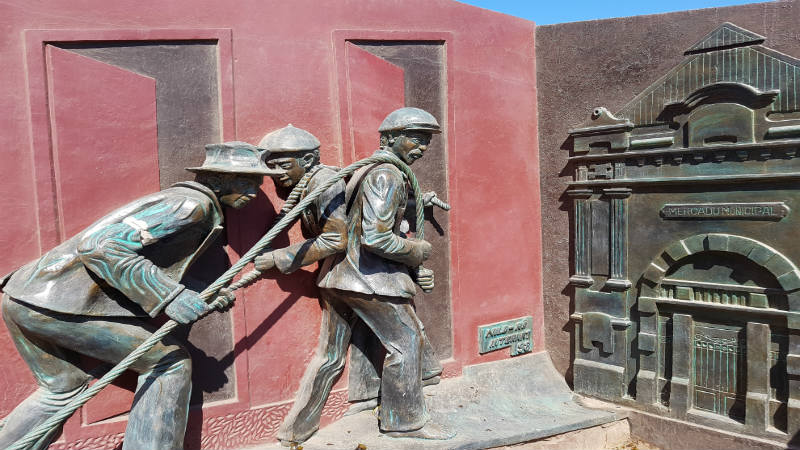 In fact, there were still slaves forced to work after 1870.The end of the slave trade meant that no more money could be earned from this lucrative trade. The economy got even heavier. Due to the arrival of the steamship, there were less frequent voyages in the 19th century by sailing ship. Cape Verdeans could therefore earn less by supplying provisions and ship repairs.

Due to the economic problems, many Cape Verdeans left for other countries in the 19th century. Some residents of Fogo and Brava went along whalers from New England (northeast of the United States).

The Portuguese rulers acted according to skin color. Around 1850, 17 distinctive colors were counted on Cape Verde. From a skin color as white as snow, different shades of light brown to a skin color of dark black. Because the average skin color in Cape Verde was lighter than in other Portuguese colonies, Cape Verdeans were slightly better treated by Portugal.

Due to the still poor treatment of the Portuguese rulers and famine due to recurrent drought, the call for independence in all Portuguese colonies in Africa increased. Portugal, however, did not intend to give up Cape Verde as a colony and made it to overseas province in 1951. The struggle for independence continued. Under the leadership of Amílcar Cabral and its PAIGC party, the decolonization process was initiated and eventually elections were organized. On 5 July 1975, Cape Verde became independent from Portugal. The first president of the Cape Verde islands was the socialist Aristides Pereira. In 1990 the country got a multi-party system.

After the independence, the economy became a market economy. Cape Verde is one of the best-governed and economically stable countries in Africa. Tourism is the most important growing industry and the country is gradually becoming more prosperous. The average Cape Verdean still does not have an easy life, but they have a better future than ever before.