Cape Verde is known as a colorful country. This is also reflected in art. In addition to the many colored houses, you can also see many colored murals. The murals are made by street artists. In popular speech, this form of art is also called street art. Originally street art is controversial. Painting on walls in the open space is not appreciated by everyone. It is because street art is often confused with graffiti.

While looking for street art on Cape Verde what we found was a surprise. In this article we will show you a photo reportage of some larger artworks we saw on the island of Santiago. And then mainly in the capital Praia.

What is street art now exactly? According to the most common definitions, street art is visual art that has been created in the public space. Mural paintings (or murals) are the most famous form of street art, but creating like sculptures also belong to it. The goal of street art is that artists want to make the street more beautiful. Sometimes they also carry out a political statement. In most places creating street art is allowed.Many people confuse street art with graffiti. With graffiti the name / tags of the artist or group comes first. Complexity is the criterion here. With street art, it is especially the originality and beauty of the image that counts. 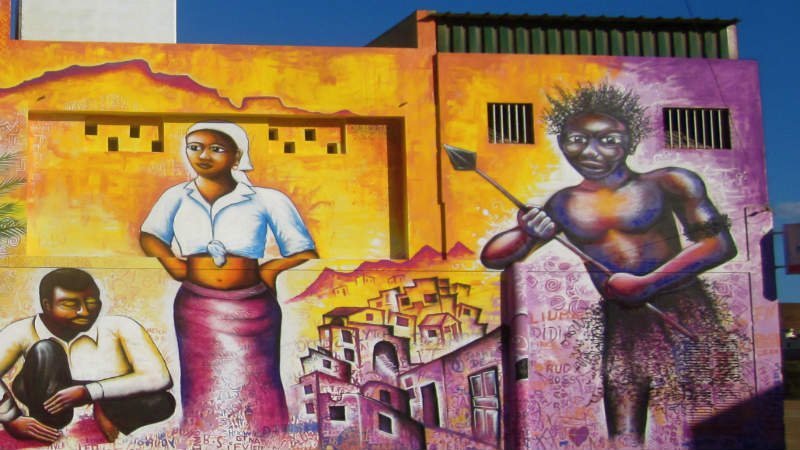 You can hardly miss this artwork as you walk through Praia the capital of Santiago. This mural is impressive by the bright colors and the huge size. If we estimate the size roughly, this drawing would fit into a 25-meter swimming pool. It is even so big that we could capture only part of this mural with our camera. 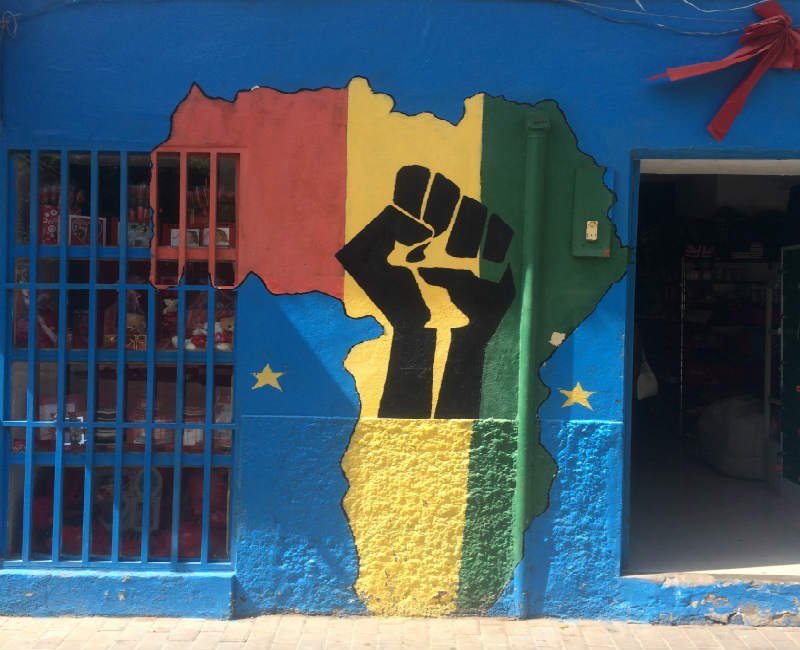 Cape Verde recalls the struggle for independence of its own country and other African countries with the well-known symbol for the Aluta Continua cwar-cry (correctly written: A luta continua). This means ‘the battle goes on, victory is certain’. The cry is also used at other times, such as at football. 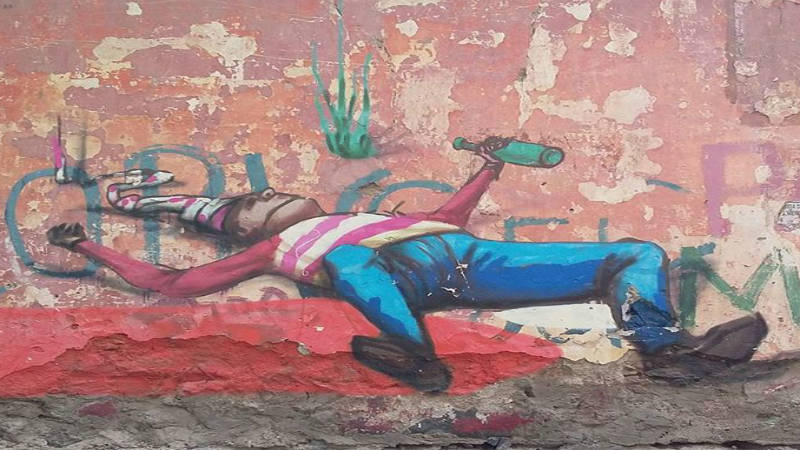 A party goer lies knock-out on the ground with a bottle of grogue in his hand. These spirits are very popular in Cape Verde. 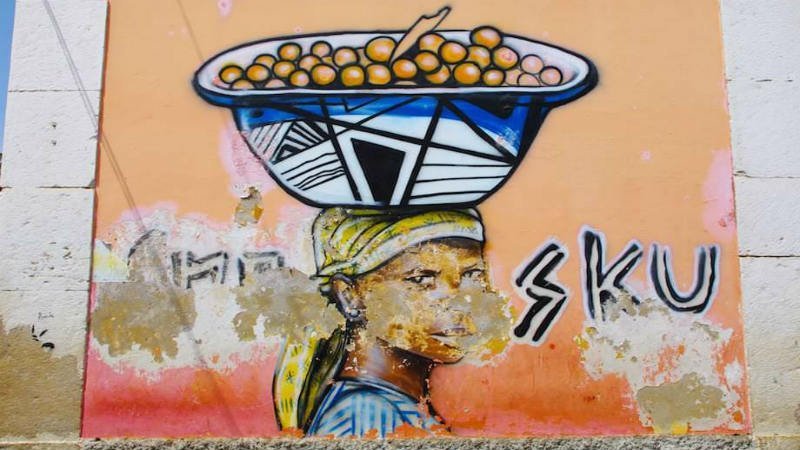 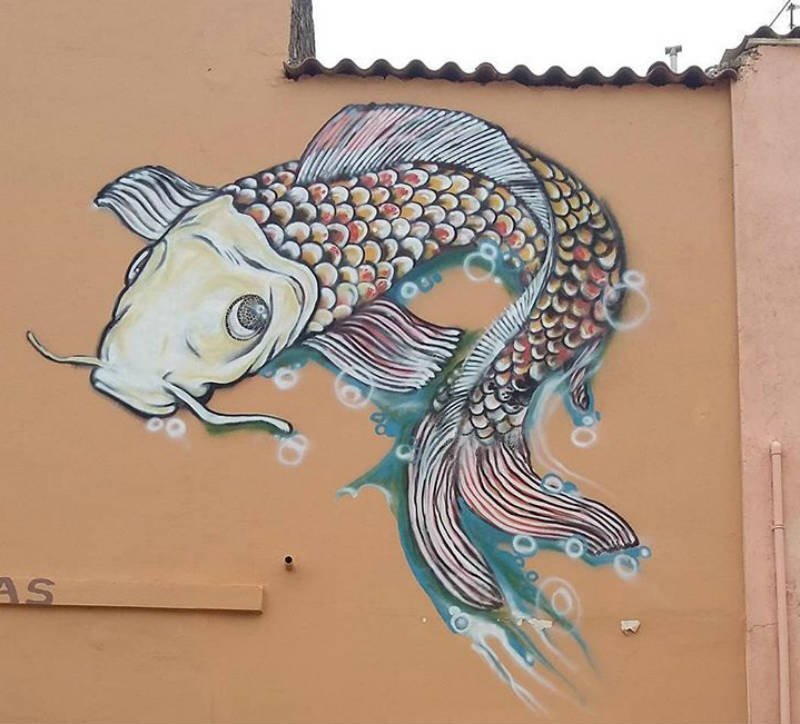 If you follow the road towards the Praia Market (Mercado Municipal) you will see the following cheerful murals in this area. Food is important here. 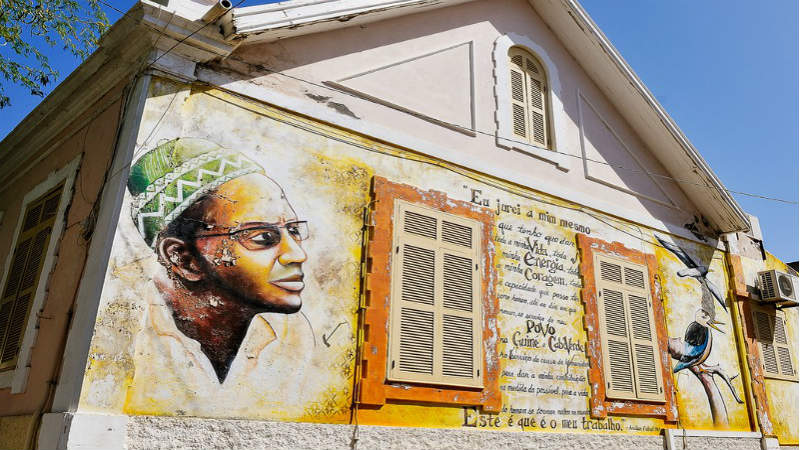 On this wall Amílcar Lopes da Costa Cabral is honored with his poem about freedom (1969). He was also an intellectual, agricultural engineer, diplomat and an important anti-colonial African leader. The independence war of Guinea-Bissau and Cape Verde was led by him. 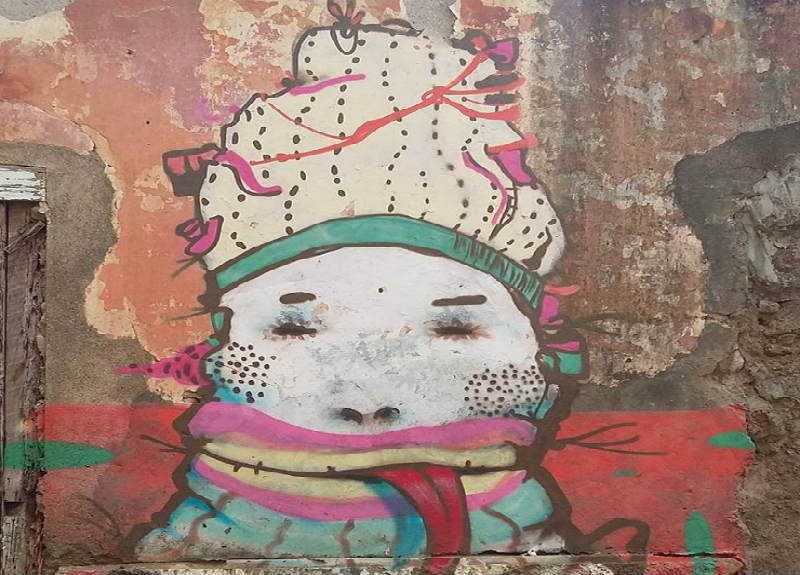 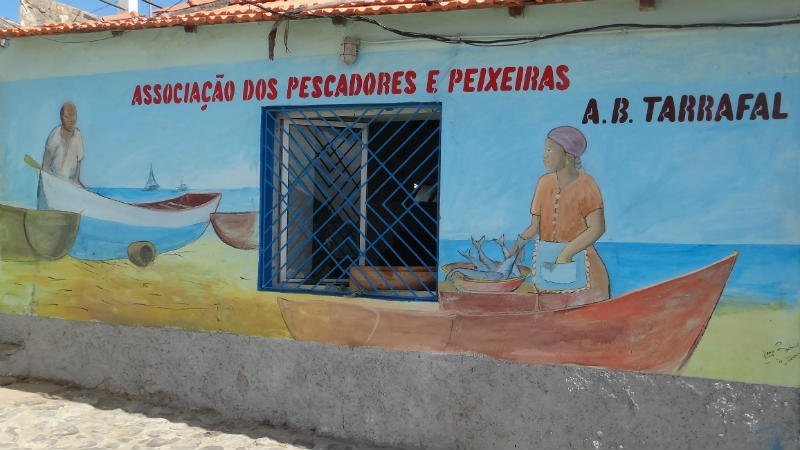 On the other side of the island lies Tarrafal. The mural immediately shows what this village mainly lives from…