The currency in the Cape Verde islands is the escudo. The currency is abbreviated with the $ sign after the number (e.g. $ 1,000$) or by the letters CVE. The Cape Verde Escudo is linked to the euro and is worth 110,265. Round off 1 euro is 110 CVE. An easy rate if you want to convert money. In short, if you want an indication of how much something costs in euros you divide the amount in escudos by 100 and you will subtract another 10% of that amount. Or a more  simple explanation: get two zeros off the amount (1,000 CVE then 10 euros) and get another 10% off (10 euros minus 10% = 9 euros). Exchange offices / hotels may differ slightly from the rate. 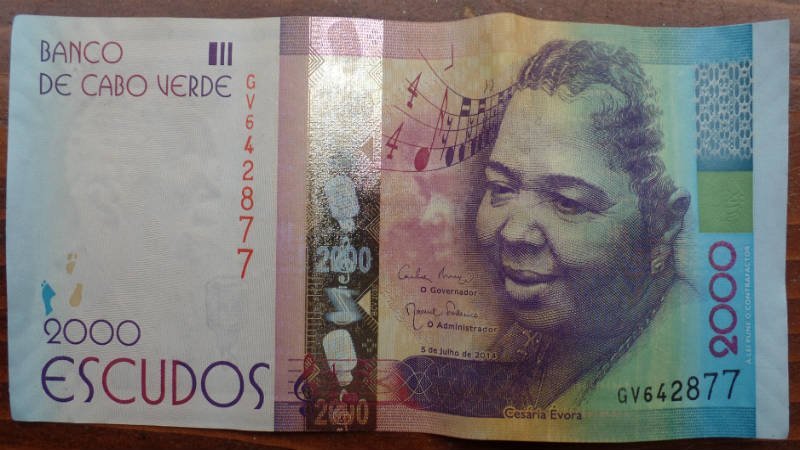 Credit cards are accepted by a large number of hotels, restaurants and shops. However, there is a difference between the region and the different islands. So it is wiser not to reckon on it. That way you will never be in trouble. Credit cards can also be used at a cash machine. Bank cards with a Visa, Maestro, Cirrus or Mastercard logo are can be used at ATM’s. With each withdrawal of money, transaction costs are automatically deducted. It is a maximum of a few euros at a time. The ATM’s can be found at the major banks of the country (BCA and BCN). Travel checks are also accepted as a means of payment, but because of crossover costs it is less favorable compared to pinning or paying by a credit card.