Tarrafal is known as a coastal town in the north of the island of Santiago. The beautiful beach in the moon-shaped bay and the palm trees are a good place to relax. In the past Tarrafal also had a dark side. Between 1938 and 1974 the concentration camp Chao Bom was situated. A concentration camp that was inspired by the German concentration camps during the government of Adolf Hitler (1933 – 1945). The concentration camp in Tarrafal served to capture Portuguese revolutionaries of the then colony and independence fighters. 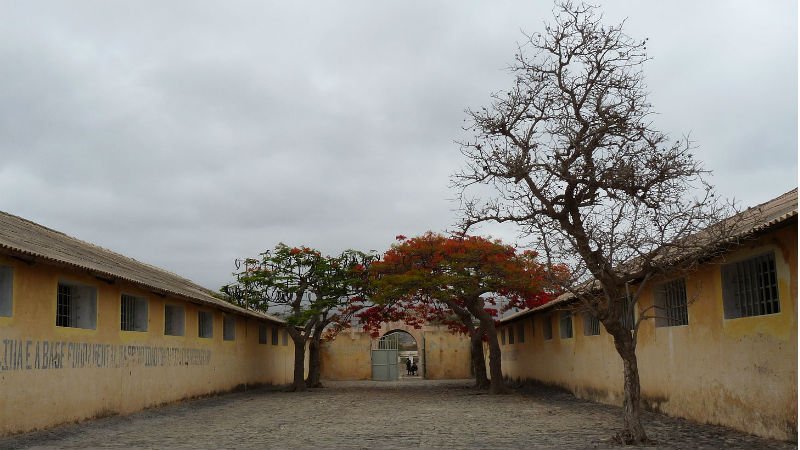 The origin of the concentration camp of Tarrafal

The prison camp of Tarrafal – also known as the camp of the slow death – was a penal colony founded by the Portuguese dictator Antonio de Oliveira Salazar after the outbreak of the Spanish civil war in 1936. The camp was first set up to isolate and remove opponents of the regime from the Portuguese dictator Salazar. Years later, independence fighters were imprisoned here. The concentration camp also intented to warn the population not to interfere with the government in a negative way.

On 18 October 1936 the first 150 detainees from Portugal arrived at Santiago. In the first two years of the camp, the detainee slept in canvas tents without electricity. Cans were used to get brackish water from a water source about 2 kilometers away from the camp. In 1940 the camp was enlarged and rebuilt with brick. The Nazi concentration camp served as an example for the rebuilding of the concentration camp of Tarrafal. Prisoners were subjected to a very strong regime. Communication with the outside world was not possible and the prisoners were physically and psychologically tortured. In case of extra punishments prisoners were put in a concrete cell where the temperature could rise to 60 degrees Celsius. The concrete cells had no windows. Prisoners could be held for days to months in these cells. 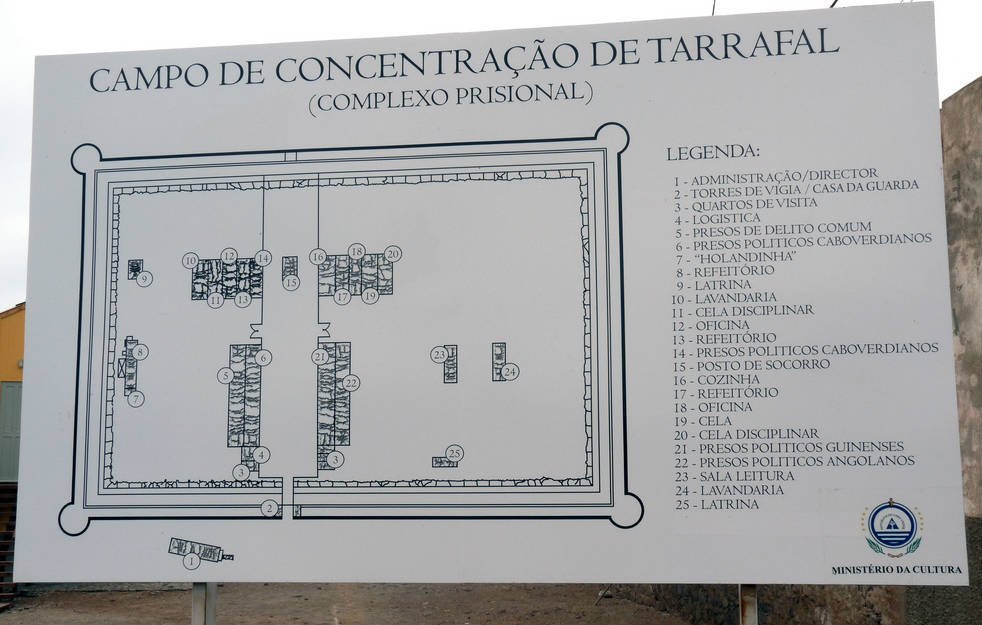 The camp on Santiago was closed in 1954, but was reopened in 1961 by the Portuguese minister of overseas provinces. It was now a forced labor camp for leaders and militants who fought Portuguese colonialism. The prisoners came from Cape Verde, Angola and Guinea-Bissau. After the end of the authoritarian regime of Portugal, the Tarrafal camp was closed on April 25, 1974.

Tarrafal has been included in the indicative list of the Unesco World Heritage List since 2013. To be included on the indicative list means that the former concentration camp of Tarrafal has passed a first selection by the World Heritage Committee. The final placement on the list can sometimes take years long. Cape Verde is currently looking for support from the Community of Portuguese Language Countries to nominate the former camp.

A visit to the Tarrafal concentration camp

If you are interested in history, then this is definitely a place to visit on the island of Santiago. Various information boards are available in English, Portuguese and French. Access to the concentration camp of Tarrafal is about 1 euro. There is also a small museum.The Tarrafal concentration camp is at a 15-minute walk from the center of Tarrafal. Algueres also pass by. With an aluguer you are at the camp within a few minutes.