The longest and heaviest sailing race in the world passes the Cape Verde Islands in the second leg. In the Volvo Ocean race the sailors will suffer enormous hardships on the way. From performing on the highest level for a long time to extreme weather conditions. Waves of 150 feet (46 meter) and wind speed of 70 knots (130 km/h) are encountered.


In the second leg of the famous sea-sailing competition, the boats sail from Lisbo to Cape Town and pass the Cape Verde islands. The Cape Verde islands are located on the route to the south. As most of the islands of the Cape Verde archipelago have high volcanic mountains, there is an enormous impact on the wind speed and direction. Resulting in many opportunities and different tactics for the sailing teams. There is a good chance that you can see the sailing boats when you are on one of the islands! 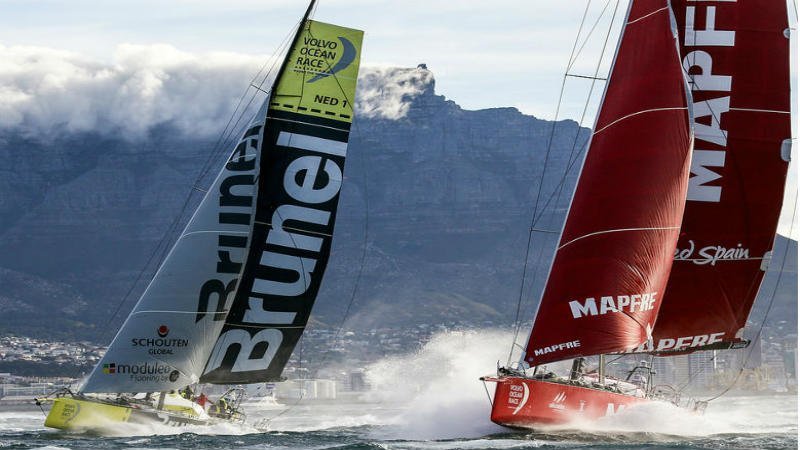 What is the Volvo Ocean Race?

The Volvo Ocean Race is a yacht race around the world. The best sailors competing each other and sail across the oceans and  6 continents. The sailing race takes about 9 months and is also called the most beautiful and toughest sailing contest in the world.

The first edition of this sailing race was held in 1973 – 1974 and originally named the Whitbread Round the World Race. The sailing race is held every 3 years . Besides the amazing races, it it has also claimed its victims. In the last 40 years, five sailors were killed. The last sailor that died was the Dutchman Hans Horrevoets (2006, team Abn Amro II) that washed overboard about 1,300 nautical miles (2,410 km) west of England.

Nowadays an one-design racing yacht is used by the teams. The the sailing race is dumped in identical sailboats, which emphasizes the team’s performance and tactics. In the edition of 2016-2017 a total of 7 teams is racing.

In the thirteenth edition of the Volvo Ocean Race there are 11 legs and 11 port races. The teams are schedulded to sail over 83,000 kilometers (45,000 nautical miles). In the second leg from Lisbon to Cape Town, the boats pass the Cape Verde islands. The start of this leg is on November 5, 2017.