Santiago is the largest island of Cape Verde. The majority of the population lives on this green island and Praia is the capital of the Cape Verde archipelago. The landscape is diverse. In the north and southeast you can find black and white sandy beaches. The center of the island is characterized by the great mountains and exotic valleys, while the fertile land in the south and east is covered with banana plantations. 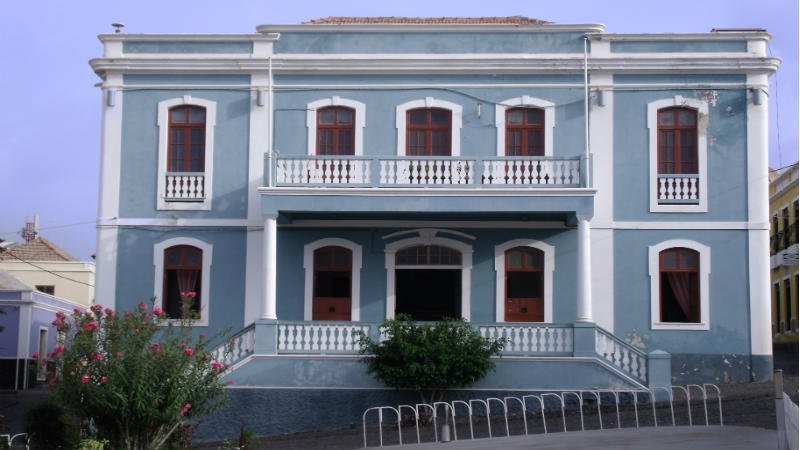 The capital of Cape Verde was founded in the 17th century and has many colorful influences from Africa and Southern Europe. Besides the many colonial houses from the Portuguese period, there are also other interesting sights in Praia. There are the presidential palace, the old town hall, many old squares, the local African markets and a number of museums.

Cidade Velha
This is the oldest site of Cape Verde and it is on the UNESCO World Heritage list. Here the history of the archipelago started. Cidade Velha means old town and is over 500 years old. The historic center became a trade center and was a central place in the world for the slave trade. Sao Felipe fort was built in the 16th century to protect the Portuguese against pirates and other enemies. This impressive fortress with fine views over land and sea is open to visitors. On the road to the fortress you can see the pillory of the slaves, the ruins of the cathedral and churches. Cidade Velha is a must to have seen.

Local markets
At the local market of Santiago you can feel the good vibrant African atmosphere. The women sell their goods at the market stalls or carry their products they purchased in the traditional way on their heads. The men walk around and have their own business as to get clients for their taxi’s (alugueres). Recommended markets that are worth a visit are Sucupira in the capital Praia or the large market in the middle of the island in Assomada.

Assomada
Only the car trip to Assomada is impressive. With a road through the mountains with beautiful rocks and green valleys you will reach Assomada at the middle of the island. In Assomada you find nice squares and Portuguese colonial buildings. The largest local market of Santiago can be found here. If you want to feel the African atmosphere you can go to this central market of the island on Wednesday. This lively fishing town is located in the north. During the week it is a great place to relax, swim and to have delicious meal. The beautiful beach is surrounded by palm trees and provides plenty of shade. For the locals it is a favorite place to relax during the weekend after all the busy work.

Just outside Tarrafal is the former concentration camp of Tarrafal situated. The complex is inspired by German concentration camps from the Second World War. The prison camp of Tarrafal – also known as the camp of the slow death – was a penal colony founded by the Portuguese dictator Salazar. It served to capture Portuguese revolutionaries of the colony and independence fighters.

How to get to Santiago?

You can fly directly by airplane from some European countries to Santiago. As an alternative, you can get to Santiago via a domestic flight from another Cape Verde island like Sal, Sao Vicente, Fogo and Maio. For all flight information please check out our page about domestic and international flights to Cape Verde. The airport of Santiago is named Praia International Airport and has cash facilities such as a bank and an ATM. When you take a taxi from the airport to the capital Praia this will cost you around 10 euros.

You also can get to Santiago by ferry. For example, from the island of Brava and Fogo. The ferry ride can take a while. Departures of the ferry are at the north from the port.