A sandstorm is a genuine natural phenomenon. Due to the Cape Verde geographical location and the trade winds, it is likely to experience this on one of the lower islands. History has proven that the conditions for a sandstorm are most ideal in the months after the New Year (January and February). The intensity and degree how often this occurs varies each year. The sand comes mainly from the African Sahara and Sahel and is pulled from the ground and carried to another place via the trade wind. In the winter these trade winds is moving from the Sahara to the Atlantic Ocean. If the sandstorm has the right direction to the Cape Verde islands, most of the times you can experience this phenomenon a day later. A sandstorm arriving in Cape Verde on 27 February 2015 can be clearly seen on the satellite images from NASA. On the photo below of 25 February the sandstorm is approaching. 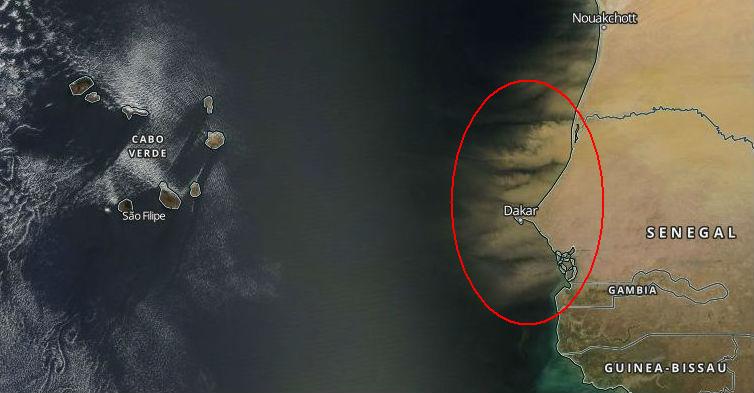 On 27 February 2015 the sandstorm had reached Caped Verde (see yellow area in map below). 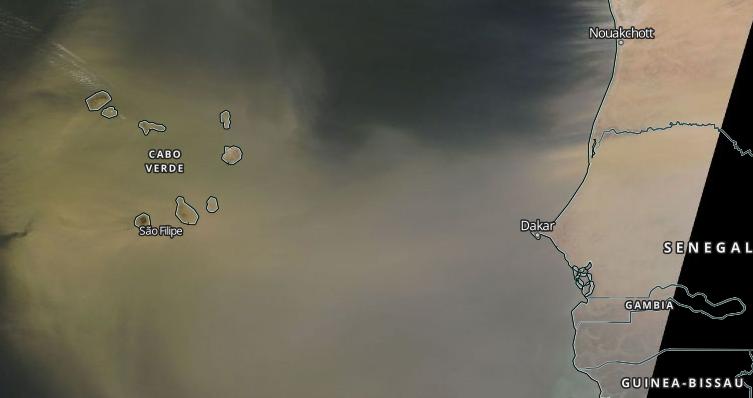 Are you a sandstorm hunter or do you want to view recent satellite images of Cape Verde? Check out the data system of the NASA.