Half a year ago my firend an I were looking for a destination where we could have some rest and do nothing. From many oeple we heard good things about Cape Verde and after a brief search on the internet we found a good offer for tickets and accomodation. So off we went!

Because we really wanted to relax we had chosen for an  an all-inclusive package in Santa Maria on Sal. That was really nice for once. While all the food and drinks were included and relaxing was the main objective, my girlfriend and I occasionally wanted to get away from resort. A great advantage was that the beaches away from the resorts were a lot quieter. A real pluspoint! 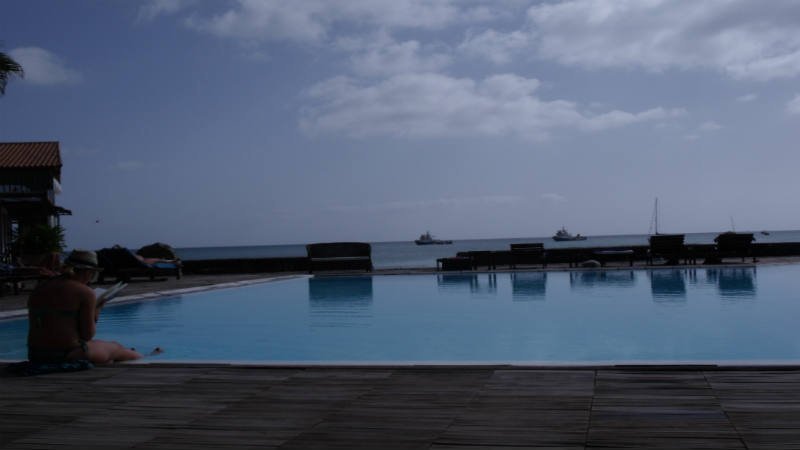 The beaches of Santa Maria are all beautiful white with bright blue water. Each time when we thought that it could not be whiter and bluer, we still saw spots where it was!. And then with an air temperature of more than 30 degrees and a water temperature of approximately 27 degrees it is not difficult to hae a good time (read: not having to do anything).

As we said having some rest was the main goal of the holiday. But as our skin, even with a protections of 30 showed signs of a sunburn, turning over in the sun all day (baking like French toast) was no option. So several times we set out to explore the rest of the island. So we went to the salt pans of Sal, called Pedra de Lume. It was special to see some history of the island. If you visit the adorable but touristic village of Santa Maria, you would almost forget that there are also beautiful salt pans on Sal. The salt pans on Sal (= salt) are situated in a real volcanic crater. Some 200 years ago people thought this was the perfect place to win salt. At the time salt was worth a fortune. When we were there ofcourse we floated in the salt water and took a “mudpacking”. Slithery stuff! 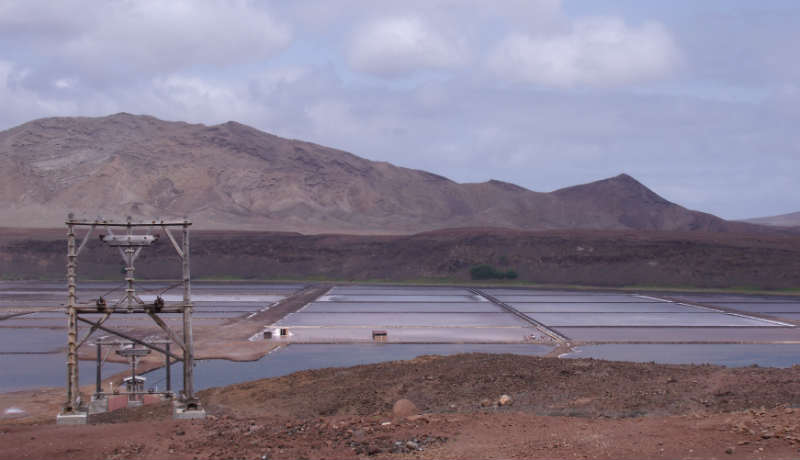 Well I just wrote that Santa Maria is a town that caters for tourists, but it is in fact very cozy and friendly place. You can stroll through the streets, the central plaza, the markets and of course along the beach. Well one thing about the markets: mostly Senegalese vendors are quite persistent in wanting to sell junk. Unfortunately we also gave in and we could not leave untill we had bought some thing. So if you are looking around at the market stall, do not tempted to go inside for it will be annoying. By the way it was told that these people are Senegalese and not the people from Cape Verde islands itself, so do blame them.

Last funny thing was the pier of Santa Maria. I could not really have a clue when they would be there, but when the fishermen returned from the sea their fish was sold in the open wooden planks of the pier. What hygiene rules? But apparently it’s fine so, because we have not become ill from the fresh fish. And fresher the fish directly from the sea could absolutely not be! 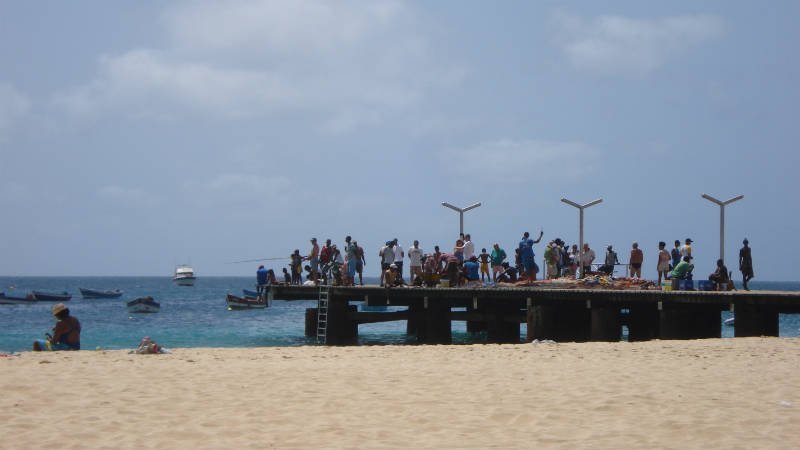 Well, these were pretty much the main things I wanted to say about Sal and Santa Maria. I would say go there too go if you want to relax!

This travelogue and the pictures are from Barbara (31 years). She was on  vacation in January on the island of Sal. Would you like to share your experiences or do you have suggestions? Write a nice travelogue and send it to us.