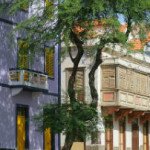 Cape Verde is a destination that continues to rise. The diversity of this sub-tropical archipelago has something to offer for every kind of traveler and is only at a 6 hours distance by plane from Western-Europe. For example you can enjoy white beaches, breathtaking landscapes, cultural highlights and an authentic atmosphere. Research by travelportal Skyscanner shows that … END_OF_DOCUMENT_TOKEN_TO_BE_REPLACED 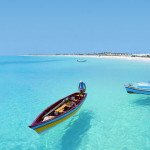 As the days get shorter in winter and outside it is colder, many people yearn for the fine days of summer. Enjoying the sun, a drink on the terrace and long days with light. The desire for the summer is also greater in the winter because you often have less energy and there is a great need to sleep a lot. Why wait until the summer starts? Make a winter break and get back a lot … END_OF_DOCUMENT_TOKEN_TO_BE_REPLACED 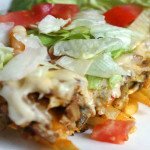 A ‘hairdressing salon’ is a dish that was invented by a Cape Verdean and is very popular in the Netherlands and Belgium. They call it ‘Kapsalon’ which is the Dutch translation of hairdressing salon. A ‘hair salon’ consists of French fries topped with kebab and light cheese. In addition, salad is added and served with garlic sauce and sambal. Given the ingredients, it is a … END_OF_DOCUMENT_TOKEN_TO_BE_REPLACED

The non profit organization Ethical Traveler highlights an annual list of developing countries that are doing the most to promote human rights, support social welfare and preserve their environments. The non profit organization reviews policies and practices and selects a top 10. As so many countries are fighting for tourists, more and more travelers make a point of weak … END_OF_DOCUMENT_TOKEN_TO_BE_REPLACED 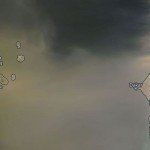 A sandstorm is a genuine natural phenomenon. Due to the Cape Verde geographical location and the trade winds, it is likely to experience this on one of the lower islands. History has proven that the conditions for a sandstorm are most ideal in the months after the New Year (January and February). The intensity and degree how often this occurs varies each year. The sand comes … END_OF_DOCUMENT_TOKEN_TO_BE_REPLACED

According to the Lonely Planet travel guide, Cape Verde belongs in the top 10 best travel destinations for beaches and small islands. The judged islands are small, unique, remote and ecologically special places in the world. Lonely Planet is well known in the travel industry. They have sold worldwide for more than 120 million guidebooks in eleven different languages. The top … END_OF_DOCUMENT_TOKEN_TO_BE_REPLACED

The world- renowned National Geographic has included the Cape Verde islands in the short list of the best travel destinations in 2014. National Geographic gives attention to the beauty, diversity and fragility of our planet. The best travel destinations are high flyers in areas such as authenticity, cultural richness, nature / ecosystems and excellence in travel area. The … END_OF_DOCUMENT_TOKEN_TO_BE_REPLACED 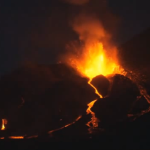 The volcano Pico do Fogo on the island of Fogo has become active on Sunday 23 November 2014 (update: eruption stopped on 7 February 2015). Before the eruption a couple of days of increased seismic activity was observed. The 1,700 people who live in Cha das Caldeiras, an old part of the crater, have been evacuated. This crater is a national park and is a very fertile agriculture … END_OF_DOCUMENT_TOKEN_TO_BE_REPLACED

"Cape Verde one of the besttravel trips" -National Geographic-