Monte Cara is an unmistakable icon of Sao Vicente and of Cape Verde. The world-famous Cape Verdean singer Cesária Évora has also dedicated a song to this important mountain for Sao Vicente. In the mountain you can recognize the face of the famous English Admiral Nelson of the former USA President George Washington. That is why the mountain is also known as ‘mount Nelson’ or as ‘mount Washington’. From a distance the top of the mountain looks like a human face lying on its side looking upwards. This rock formation is completely natural and is formed by erosion.Monte Cara is 489 meters high and runs steeply into the Atlantic Ocean on the north side. The mountain is part of a rock formation of about 12 kilometers long that was formed about 3 to 4.5 million years ago. Monte Cara is very popular with hikers.

The Monte Cara rocks often turn red and orange during sunset. If there are some clouds around Monte Cara, you have a great view of this icon of Sao Vicente. You can enjoy the view of Monte Cara during a sunset from the Laginha beach at Mindelo. 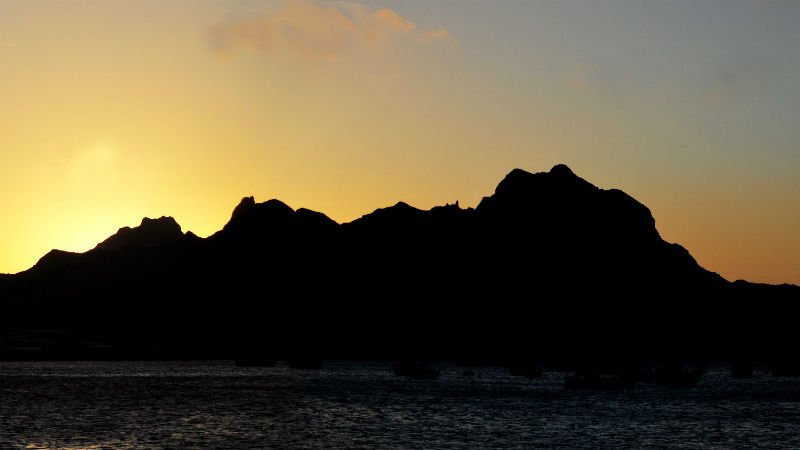 How do I get to Monte Cara?

Monte Cara is located about 5 kilometers west of the capital of the island of Mindelo. See also the red dot on the map below. Via the public road you can reach the foot of this mountain on Sao Vicente. 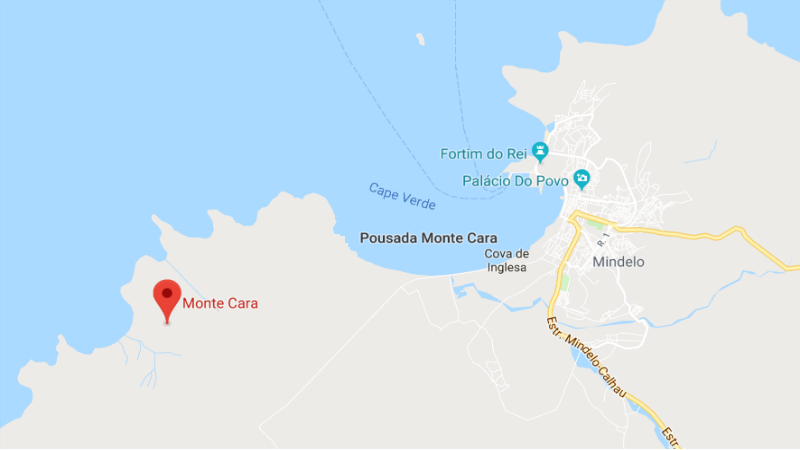