Fogo is the volcanic island. On the island you have the active Fogo volcano. This is the highlight of Cape Verde to visit. In the crater the volcano is still smoking from its last eruption. Dark (dried) lava streams from centuries ago are visible and the unique landscape is impressive. At the foot in Sao Filipe you can admire the Portuguese houses in different colors. Fogo is a unique experience. It is a must to see for travelers who love impressively landscapes, history and hiking. There is a good connection from Fogo is well connected to Santiago, the main island of Cape Verde.

On Fogo there is the highest point of Cape Verde the Pico de Fogo with more than 2800 meters altitude. A few hundred thousand years ago the island originated by the initial eruption of the volcano. In 1951, 1995 and 2014 were the last three eruptions of the volcano. The fertile volcanic soil makes much of the island green and there are many plantations on the flanks of the volcano. The coffee is world renowned for its quality and flavor. This also applies to the locally produced Manecom wine. The island had been designated as a biosphere reserve by UNESCO. 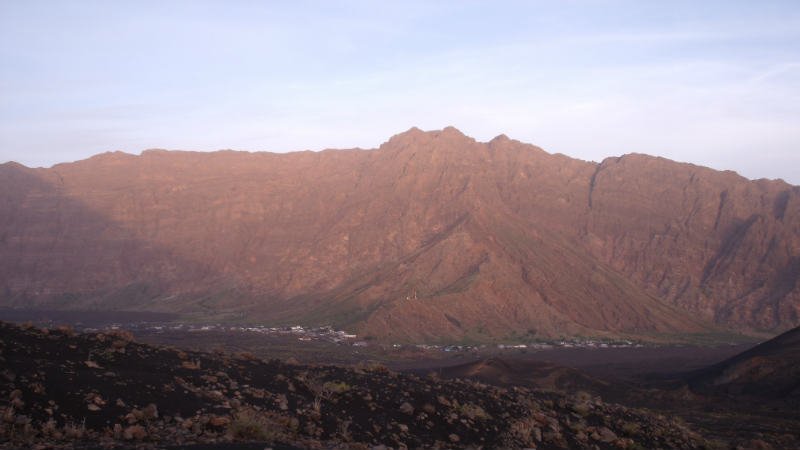 At a height of about one kilometer on the volcano area of the Caldeiras. The plain of ancient lava the silence, the black rock, volcanic ashes, and the view of the summit of the volcano gives each traveler a very special feeling. In Cha das Caldeiras lived until very recently two small communities that besides agriculture on volcanic soil also works as guides for tours to the summit of the volcano. Since the most recent volcanic eruption in 2014 people had to be temporarily evacuated. This nature reserve also has an information center with various exhibitions. 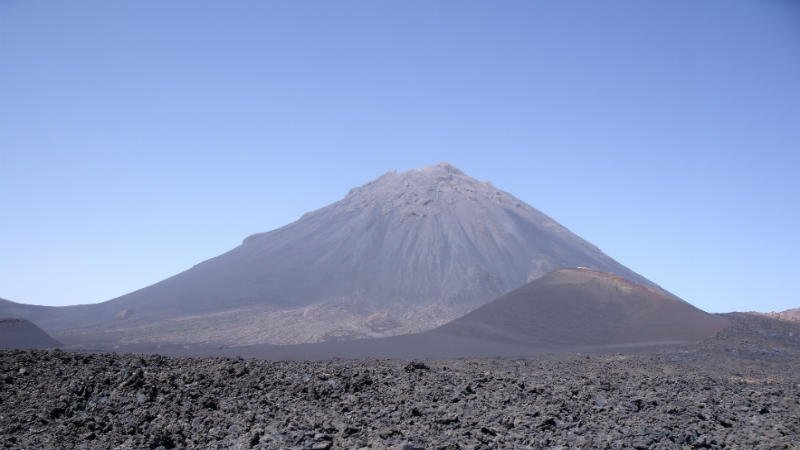 It is a unique experience to climb the active volcano of Fogo. With a guide you can walk from Cha das Caldeiras to the large or small crater of the volcano. The walk goes through the black ash and rocks from the volcano and lasts about4 to 7 hours. The top of the large crater lies at 2829 meters above the low-lying clouds. The descent is fast because you are almost running down through the volcanic gravel. The breathtaking views of the incredibly special landscape makes this an experience you will never forget.

Duke Montrond
It is remarkable that there are many descendants of Montrond on Fogo. Why? Most residents of the villages of Cha das Caldeiras have blue eyes, a light colored skin and yellowish hair. In 1870 the Frenchman Montrond settled on Fogo and had 11 children. He applied his knowledge in the field of engineering to develop Fogo. He started growing grapes and making the now famous wine of Fogo. 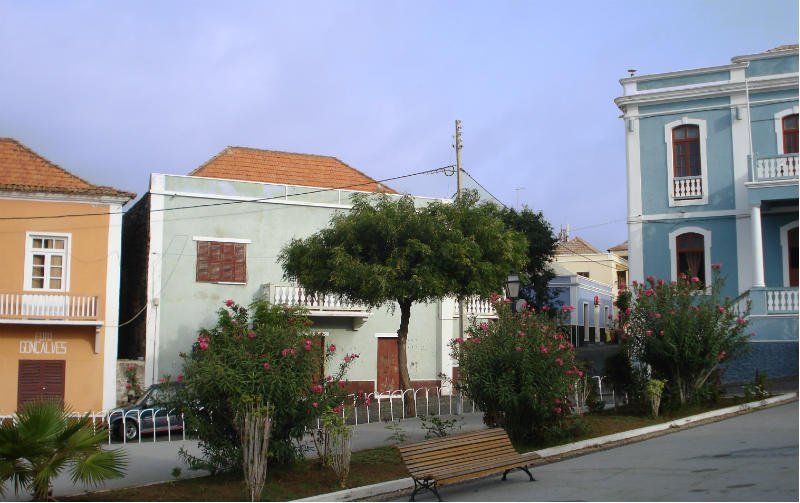 The capital of Fogo is on the nomination list of the UNESCO world heritage. Not surprising, because it is a great small town with strong Portuguese influence. You will find the typical Portuguese squares, pastel colored houses called Sobrados, cobblestone streets and the distinctive Cape Verde atmosphere.

Ponta do Salina
One of the few places you can swim in calm sea. The ancient lava of the volcano Fogo formed a natural pool in the sea. It lies north of Sao Filip and is a good stop to relax after several walks.

How to get to Fogo?

You can take a domestic flight from the island Santiago to Fogo. The flight takes about 30 minutes. If you fly to Fogo island you can enjoy an amazing view when the weather is clear as the airplane lands between the mighty volcano and the blue ocean. If you depart from Santiago try to get a seat on the right side of the airplane. Here you will have the best view. For all flight information please check out our page about domestic and international flights to Cape Verde. From the airport of Fogo it is only 2 kilometers to the town of Sao Filipe. You can take a taxi or an aluguer.

You can take the ferry from Fogo to the islands Brava and Santiago. Double check the departure times in advance as they may change sometimes. The harbor of Fogo (Barca Balero) is situated a few kilometers north of the town of Sao Filipe.